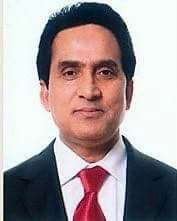 Mr. Md. Mosharraf Hossain Bhuiyan,ndc has joined as Senior Secretary, Internal Resources Division (IRD) and Chairman, National Board of Revenue (NBR) on January 03, 2018. Prior to this appointment he worked as Senior Secretary, Ministry of Industries. He started his career as a Civil Servant of Bangladesh under BCS : Audit and Accounts Cadre, where he joined on 30 January, 1981. During the early stages of his service life, Mr Bhuyian worked in different offices under the Comptroller and Auditor General (CGA) of Bangladesh. After that in 1999 Mr. Bhuiyan was appointed as the Additional Director General (Member, Finance) of Bangladesh Water Development Board. He held the position of Deputy Secretary, Joint Secretary and Additional Secretary of different ministries including the Ministry of Commerce, Education and Finance. He was incumbent to the position of Secretary in-charge of Bridges Division under the Ministry of Communications on February 2010 and promoted as a Secretary in the same Division on July 2010. In November 2011, he was appointed as the Executive Chairman of Bangladesh Economic Zones Authority under Prime Minister’s Office. He also served as a member of Privatization Commission under PMO from January 2014 to October 2014. Mr. Bhuiyan obtained his Honours and Master’s degrees in Economics with achievements from the University of Dhaka. He also obtained an MA degree in Development Economics from Williams College, USA in 1992. In addition, he took part in several significant training courses, including ‘Asia-Pacific Course on Security Studies’ in Hawaii, USA, ‘Managing at the top (MATT)’ in Dhaka and Singapore and NDC course in National Defence College, Dhaka. Alongside his professional responsibilities, Mr. Bhuiyan is closely involved with social development activities. He is the President of Narsingdi Thana Jonokollyan Somity, President of Benuka Institute of Fine Arts, Life Member of Bangladesh Economic Association and Bangla Academy. He is also the Secretary General of BCS’81 Forum. Mr. Bhuiyan had the opportunity to travel many countries of the world such as India, Pakistan, Nepal, Myanmar, Thailand, Malaysia, Indonesia, Singapore, Srilanka, Iran, Turkey, UAE, Qatar, Saudi Arabia, Japan, China, Hongkong, United Kingdom, Belgium, Netherlands, Denmark, Switzerland, USA, Canada, Australia, South Africa, Tanzania and Ghana. The pleasant journeys around the world prompted Mr. Bhuyian to write two books on his travel experiences which were published in 2013 and 2014 respectively from Biddyaprakash. He is the father of one son and two daughters.